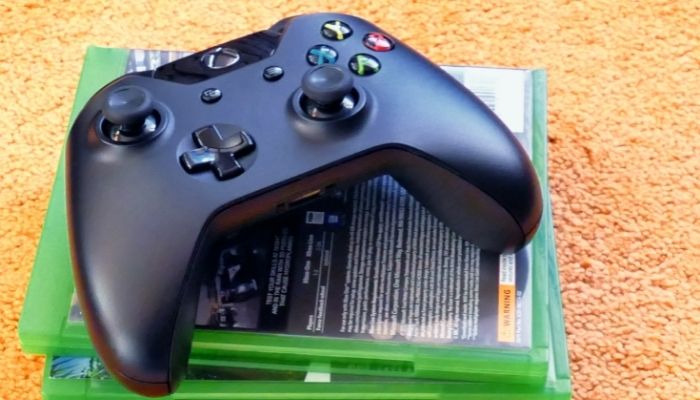 Here’s How to Fix Echo on Xbox if you’re playing online.

Online gaming relies heavily on a high-quality headset with no echoing microphone. In the end, it’s a social experience that requires open, two-way communication with your teammates.

It can be frustrating for everyone involved in the dialogue to be disrupted by a bizarre echo effect or background noise.

A variety of factors could cause mic echo. In other cases, the problem could be caused by an issue with the controller, the headset/mic settings, or even the TV volume.

There’s a chance that it’s not even your fault! If you hear an echo only when someone else speaks, for example, the headset connection of the speaker may be the problem.

A few things you may do if you hear an echo or noise when playing or in a party chat on Xbox One can help determine How to Fix Echo on Xbox.

Why Does My Xbox One Microphone or Headset Echo?

Your Xbox One headset or TV speakers may be causing the echo, which is then re-broadcast through your microphone and back into other players’ headsets via your mic.

Every Xbox One party member, except the one creating the echo, will usually hear it, regardless of whether they are wearing wired or Bluetooth headsets.

As if things weren’t difficult enough, it appears that the same setup and settings can function at different times.

It suggests that a combination of physical and software-related faults may be at blame.

You can attempt a few methods to know How to Fix Echo on Xbox One console for the time being. But first of all, we have to understand the Causes behind this issue.

What Causes Echo on Xbox?

The most common reason for an echo is feedback from your TV sound system or headset. Afterward, your microphone picks it up and retransmits it to everyone else’s headsets. In many cases, it’s just a matter of the culprit having their volume set too high, which you may address to fix the Xbox mic echo problem.

It’s possible that your headset, controller, or perhaps someone else in the party is to blame for the problem. Finding out who can’t hear an echo and having them set their volume down is usually enough to pinpoint the offender. Here are some common reasons explain below.

Echo can also be caused by faulty wiring connections between your PS4 or Xbox and your headset or microphone. The weak port or broken cables may cause an unreliable network connection.

Before getting started, make sure that any rechargeable headphones you’re using are fully charged and ready to go.

Your headset microphone can echo while the battery is low. In addition, if you use a battery-powered microphone, make sure you change the batteries often to avoid malfunctioning.

#4) Mics From other Players

It’s not always about you; it’s about them. There is a possibility that the echo is coming from one of your teammates or the party chat. Because of the echo, you can hear what is going on in the speaker system of the person speaking to you through their microphone.

If you’re using your console’s built-in microphone to communicate with your colleagues, you’re likely to experience some echo. The microphone picks up the speaker’s sound, causing an echo to begin.

You may hear some echoes if you have your speakers turned up too high. Your game speakers aren’t even required. Your mic may pick up these sounds if someone else is playing music in the room, which will cause the sound to start echoing because of it.

How to Fix Echo on Xbox? 2 Pro Methods

What Is The Best Way To Get Rid Of Mic Echo Issue? The repetition of a sound is what causes reverberation to occur. Sound from the headset or speakers can reverberate, making it difficult to hear others.

When you use low-quality equipment, the same thing happens. The proximity of the amplifier to the speakers may also lead to reverberation issues.

Things like dead batteries, inconsistent sound quality, and even reverberation can be troublesome for anyone who uses a headset at home or office.

Adjust the level of your headset if other people in your group complain about hearing their voices echo back.

Bring up the guide by pressing the Xbox button on your controller, then navigate to the “System” (cog icon) and pick “Audio.” Make sure that the ‘Headset volume’ is set a few notches lower than maximum from this point on.

When you’re in a party conversation, you may hear everyone else echoing since the audio output is coming from both your speakers and your headset at once. Follow these procedures to make the necessary modifications:

#2) Having a mic echo when playing a video game

Several things can cause mic echo in online multiplayer games, so try the suggestions above if they don’t work.

Make sure your TV or speaker system is set to a low volume to avoid feedback, and try to reduce the amount of background noise in the room where you’re playing. You might also try reducing the level on your headphone amplifier by two or three decibels (as above).

Disconnect your headset from the controller and see if it helps. Reconnect the headset wire to the controller’s expansion port using a clean, dry cloth. Finally, if the batteries in your wireless controller are getting low, consider buying a new set.

If the controller appears to be the source of the problem, check to see if the firmware is out of date. You’ll need to use a micro USB cable to connect the controller to your console, then perform the following steps:

There is two more option to know How to Fix Echo on Xbox?

For Xbox One, if you don’t have noise-cancelling headphones, game sound may seep into the microphone if you don’t wear them.

An easy approach to fix this problem is moving your headset microphone away from your face and thus away from the headset speakers.

If you’re using an Xbox One Chat Headset and microphone, you’ll be able to hear the game’s audio through your TV speakers.

A chat mixing adjustment may help if you’re still experiencing troubles even after moving Xbox One headset microphone away from your headset.

Xbox One headset echo problems can be diagnosed and fixed by examining your in-game voice chat settings.

Xbox, One-party chat, is a separate feature that isn’t available in every game, and some titles only allow you to adjust these settings for specific areas of the game. Call of Duty: Modern Warfare’s Warzone is the source of this example.

Even so, if you’re used to participating in online games that include in-game chat lobbies and in-game chat choices, it’s worth checking out these specific in-game settings.

We noticed that in some cases, the thresholds were too low, which resulted in mic and headset echo, particularly when it came to Xbox One party chat.

FAQs – How to Fix Echo on Xbox

Why do I hear an echo in my headset Xbox One?

In most cases, the echo is caused by feedback from either your headset or the television speaker system. Afterward, your microphone picks it up and retransmits it to everyone else’s headsets. The culprit may have their volume set too high, and if this is the case, You can fix the Xbox mic echo problem.

Why is my headset mic echoing?

It’s common for echoes to arise due to the speakers’ ability to reflect sound. A poor-quality headset or microphone proximity could also be a factor. In addition, the device you’re linked to may have some settings that are out of balance and result in sound reverberation.

After reading the above guide on How to Fix Echo on Xbox?, I hope that you will be able to solve the issue. You may not be able to stop other players from eliciting an echo in your game. On PS4 and Xbox One, the best approach to avoiding echo is to utilize a headset whenever speaking into a microphone.

Switch off your console’s built-in microphone if you’re gaming with speakers and avoid utilizing external microphones as well.