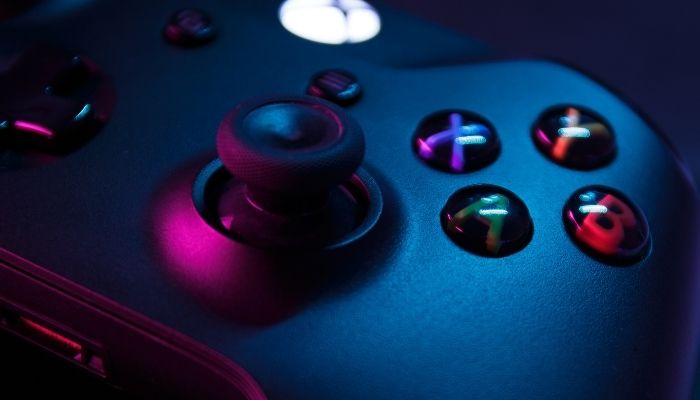 Here in this article, I will explain everything about “How to Control TV Volume With Xbox One?” in this post. If you want to get complete knowledge, follow me in this Guide. Microsoft is currently developing a feature that allows you to navigate the Xbox Dashboard with a television remote control.

Additionally, according to a report by Windows Central, Microsoft’s new implementation allows you to switch the input on your television by pressing the Xbox button on your Xbox controller. When this feature is enabled, there is no longer a need to switch between sources using your TV remote manually.

CEC is an abbreviation for Consumer Electronics Control, and it was developed to allow devices linked via HDMI to communicate with one another. At its most basic level, an HDMI-CEC configuration will imply that shutting off your television will also turn off your soundbar or Blu-ray player.

You can control anything in your home theatre with a single remote, no matter what brand you have, which means that you can potentially reduce the number of remote controllers that have been cluttering our living rooms for decades.

The Xbox Series X and S already featured limited HDMI-CEC connectivity, and It enabled you to manage the volume of your television while also turning it on at the same time as your console was in use. However, using your Xbox as a full-fledged media center would become a far more plausible proposition with this additional integration.

How to Control TV Volume With Xbox One? Step by Step

You may use your Xbox One console to manage the volume and brightness of your television. As a result of this arrangement, your entertainment experience will be tailored to the Xbox One.

Navigate to the Settings menu on your console’s home screen, which you may find under the My Games and Apps section.

Navigate to the TV and OneGuide settings.

You should select devices.

Choose your television brand from the dropdown menu that appears, and then click Next.

NOTE: LG, Panasonic, Samsung, Sharp, Sony, Toshiba, and VIZIO are some of the television brands that are accessible.

Select the Send Command option and check if the TV volume is muted due to the command.

If the volume on your television is reduced to a mute, pick Yes. In any other case, select No.

NOTE: If you answered affirmatively, move to the next step. If this is not the case, your console will attempt to detect your TV using a variety of signals. If your Xbox One cannot locate it, you will be requested to enter your television’s model number manually.

Using the B button on the controller, return to the TV & OneGuide Settings menu, where you may then select Power Settings.

You may now order your Xbox One to increase or decrease the volume, or you can use the Xbox Smartglass mobile app to control the volume and turn the Xbox One and television on and off remotely.

Read Also: How to Connect Xbox 360 to Laptop With HDMI Cable Windows 10?

How can I watch TV on my Xbox one for free?

If your audio isn’t working or you don’t hear anything at all, first make sure that:

In this case, the following remedies may help you fix your problem.

Read also: How to Turn on Gun Flashlight in Ark Xbox One?

Solution #1) First, make sure your TV and HDMI cable is connected

If you’re having trouble with audio or video synchronization when using surround audio formats, check the performance specs provided by the TV, receiver, or soundbar you’re using. Check out their most recent support manuals and release notes before using their products.

Suppose your audio device supports eARC passthrough mode. In that case, you can utilize this mode to troubleshoot any audio delay issues once you’ve ensured that all devices are set up to the correct specifications and that all necessary firmware updates have been installed.

You will not control the volume on your TV via the official Microsoft Media Remote. You suspected your off-brand Sanyo TV might be the culprit, but when you tested it with another LG TV, it performed the same. Only the Kinect can control the TV’s sound, not the media remote.

The Media Remote may use Kinect to control the power and volume of the TV. It uses infrared blasting to transmit live signals to a TV or receiver.

As a result, Xbox users will be able to watch, listen, and switch between different experiences much more quickly, thanks to the new gadget.

How do I change my TV from HDMI to Xbox One?

Is there audio out on Xbox One?

The Xbox One, in contrast to other competitors, does not feature a conventional 3.5mm audio output. To do so, you’ll need an HDMI to HDMI + audio converter, which will allow you to use your Xbox’s HDMI connector while also providing audio output. An additional requirement is a digital audio cable, which is required to connect your Xbox One to an external sound system.

How do I set my TV to auto-detect?

Note: If you cannot view the appropriate resolution for your TV, ensure that your TV connection is set to Auto detect.

FAQs – How to Control TV Volume With Xbox One?

You may now order your Xbox One to increase or decrease the volume, or you can use the Xbox Smartglass mobile app to control the volume and turn the Xbox One and television on and off remotely.

How do you turn on a TV without a remote?

So, what is the best way to turn on the television without a remote control? On most televisions, the power button (joystick) is situated just beneath the screen, in the middle, on the right or the left side. Once you locate the button, press and hold the button for one second to switch on your television. To conserve electricity, press the same button to turn off your television.

Is there a live TV app for Xbox One?

You now have another effective option to consider. Redbox’s Free Live TV service has made its way to consoles for the first time, with an app available for Xbox One devices. The app currently supports Android, Apple TV, iOS, Chromecast, and intelligent television platforms from LG and Vizio.

Finally, I hope your question about “How to Control TV Volume With Xbox One?” has been satisfactorily answered. Players can now manage the volume of their televisions through the Guide panel on their Xbox.

If your console has HDMI-CEC volume controls or IR device control enabled, you may now adjust the TV volume in Guide using a new functionality introduced by Microsoft this year.